‘Former Stasi Officers Guard Angela Merkel’, ‘Broadcast Network Hotbed of Former Spies’, and ‘Politician Gregor Gysi Telltale?’. The past years have seen regular news articles about the Stasi past of public figures. In 2009 it was revealed that approximately seventy thousand current employees of the German government used to work for the Stasi [Link1: spiegel.de/international/germany/the-world-from-berlin-stasi-files-reveal-east-germany-s-dirty-reality-a-635486.html]. The GDR secret service has been partly responsible for over 200,000 political prisoners, and about a thousand deaths of East Germans who tried to flee the GDR. Although former Stasi staffers were no longer allowed to hold public positions after the fall of the Berlin Wall, in reality that turns out to be tough. What happened?

“Even GDR dignitaries didn’t end up too badly,” says historian and Stasi expert Willem Melching. “Although ministers and state secretaries were punished for their crimes against humanity, they usually didn’t have to go to prison (long), or were sentenced to community service.” Erick Honecker (party leader from 1970 to 1989) for example, was held responsible for the death of 192 people, but thanks to health problems he was never charged: he moved to Chili. His successor Egon Krenz was sentenced to 6.5 years in prison for giving orders to fire, a fairly lengthy sentence, but was released after three years because he had performed previous community service selling scrapped airplanes to Russia. Stasi chief Erich Mielke was released after two years because of health issues as well. Melching: “West Germany had done business with people like Honecker when the Wall was still in place, so that made more severe punishment embarrassing.”

RUINING A COUNTRY, NOT AGAINST THE LAW

Those who weren’t quite as high up could only be charged if they had committed crimes according to GDR law, not if they had ‘just’ done their jobs. Melching says it was a concession made by the Federal Republic to accommodate the GDR during the process of reunification to avoid never-ending trials. Besides: “The law doesn’t mention anything about the abuse of power or ruining a country, however unfair it may seem to victims.” Another explanation for the mild treatment of former Stasi after the fall of the Wall is that it concerned 91 thousand Germans, and hundreds of thousands of ‘informal collaborators’ who betrayed their friends, family and neighbors to the secret service. If all these people had lost their positions, it would have led to major turmoil and dissatisfaction within German society, Melching believes. He compares the situation to that of the US, which deposed many people in office after the war in Iraq. “The way I see it, it’s been one of the reasons for the rise of IS.”

Victims of the GDR regime have difficulty stomaching the fact that former Stasi staff is still treated with kid gloves. For example, names of Stasi officers have been removed from public archives. In fact, parts of these archives are no longer freely accessible because of lawsuits filed by former Stasi members appealing to their privacy. Many associates of the past secret service have managed to have references to their past removed from books and exhibitions.

It’s an offensive attitude that’s typical of ex-Stasi. In the years following the fall of the Wall, they kept quiet, but over the past ten years they’ve opened up and are seen openly defending the GDR. “Often, they are convinced the GDR has failed only because of the West and Gorbachev,” says Melching. “They make it seem Stasi was nothing but an innocent group of rascals, which is rather impertinent, obviously.” According to Melching, Stasi was very different from the secret services we know today. “The scope of the Stasi, the extent to which they meddled in the private lives of individuals, was colossal. A job promotion was impossible without Stasi interfering”. He’s noticed a curious phenomenon: “Saying you used to be a member of Dutch fascist party NSB is unacceptable, but mentioning you were with Stasi is considered cool to some people.” 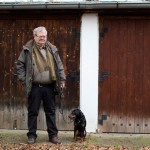 When he was nineteen years old, Andreas Möller (71) was a Stasi prisoner for two years. Today, he fights for more openness and acceptance of…