A couple of minutes walk from the famous Wenceslas Square, where Jan Palach set himself to fire and where the crowd gathered during the Velvet Revolution of 1989, lies the building of Český Rozhlas, the national Czech news radio station. Behind the austere facade lies a grand entrance with pillars covered with snow-white marble. Brit Jensen guides the way through the security gates that nowadays are a normal sight in probably any media building in Europe.

In this building Jensen edited the radio documentaries she made for ToldUntold, that will be broadcasted in November 2016. I met Jensen for the first time a year ago and hesitated at first to tell her what we with the Iron Curtain Curtain Project were planning to do in the Czech Republic, the country where she lives. I thought she would laugh, but my question really resonated. Would you cooperate in a project that asks people to share their secrets from the pre 1989-period? There already exist a lot of stories from the heroes and the victims, but we wanted to know more about how normal people - people like ourselves - did cope with the authoritarian regimes they were living in. We wanted to hear the nuanced stories, the greys between the black and whites.

Brit Jensen was immediately intrigued by the idea. “While making previous radio documentaries in Czech Republic, I noticed that people have great difficulties to speak about the past. That fact surprised me. Normally when you’re interviewing someone about long ago, people tell rather easy, because they feel distanced from it. In Czech Republic it’s not like that. The past is still present and much alive, so it's difficult to talk about it.”

We figured to try for a rather direct approach: Why don’t we just ask people to send us their secrets anonymously? Simple as that. Maybe too simple, but Jensen took the chance. “I thought it was good to have a project to 'hide behind' a bit. I could say: ‘O, these crazy dutch people want to know…' It made it easier.”

Brit Jensen was born in Denmark. Twelve years ago she moved to Prague to study philosophy, she fell in love with a Czech man and got married. She now lives with him and their two children in a tiny village in the Czech highlands, three hours by train from Prague. Her Czech is not flawless, she says: “I have troubles with all the accents in my writing” – but it’s certainly is good enough to work for Czech radio. But still, she’s an outsider. That actually helped with this project: “If you're from here, you're affiliated with specific standpoints. Even though it’s not your fault what your grandparents did or didn’t do, you will be pigeonholed anyway. The automatic reaction would be: ‘Who is she herself, what did her parents do, what kind of family is she from?’ So the fact that I’m not from here is a good thing."

The national news station Rozhlas radio embraced the ToldUntold project and Jensen was set to work. The first difficulty they encountered was: how to even announce the project, how to formulate a call on the radio to let people know what we were after?" Jensen explains: “If you ask people for ugly stuff, people ask you why you want to get into it. It punches back to you, you feel like you are a really creepy figure.”

So the call Rozhlas eventually aired, was rather thoughtful and cautious. “That brought us to the next problem”, Jensen tells. “The stories that came in were not the stories we were hoping for. They fell in the usual pattern of hero or victim, while we were actually more looking for the in-between-stories.”

A month after the call was broadcasted multiple times a day, we started wondering whether asking for untold stories had been a good idea. Jensen decided to go and try to interview people directly about the past. Besides that, she started to search for a former member of the Communist Party. This idea was sparked by a remarkable experience: “I had done a long interview with a very nice lady, by the time I got back home, I had already received an email. It was from her daughter; she was worried about the fact that her mom had mentioned an uncle in the family who was a Communist Party member. She asked if I could please not mention that anywhere. I didn’t even remember the lady had told me, it was such a small detail in her story. Then I realized that in the twelve years I had been living in Czech Republic, I had never met someone who admitted that he was in the Party." So Jensen decided it would be interesting to search for a party member. The result is her tragic but also quite comical documentary ‘Nobody will brag about it’. You hear her on the telephone getting more and more desperate: ‘Hello, I’m Brit Jensen, I’m looking for a former party member’. She says it again and again, in vain.

In 1989 approximately 1.5 million Czechoslovaks out of a population of 10 million were a member of the Communist Party. So how was it possible that she couldn't find anybody? “Embarrassment”, explains Jensen. “I found out that it was actually already embarrassing back then to be in the Party. This feeling of embarrassment has just stuck; there has never been yet an opening of the debate about personal involvement with the regime. There has been a lot of debate about politicians, about if they were a member and if they were involved with the secret police. But in the private sphere the topic remained untouched."

After an early version of ‘Nobody will brag about it’ was broadcasted in February 2016, she received four letters of party members. Two of them were thrown out of the party after the Russian invasion of 1968; the other two became a member in the seventies. They both never speak about their past. One of them says he has trouble with making new friends because he can’t tell them that he was in the Party. And when he keep this secret, the friendship will start on a wrong basis anyway. The other man wrote that he feels sorry that nobody ever asks him about his past. He thinks that people around him are afraid that if they ask, they may find out that he did something horrible. And did he? Jensen: “No, not at all. They were both two totally normal guys, acting out of ambition. They wanted to have a better position, career perspectives. One of them labeled himself as an opportunist, a small one. Neither of the men had a great career. The tragedy is that the people around them didn’t really know how to ask about the past, and these guys on the other side felt sorry that nobody ever asks.”

After three months, around forty five people reacted to the radio call and wrote a letter or an e-mail. That’s not a lot. It raises again the question why it’s important to tell the ‘grey’ stories, the ‘in-between-ones? On an event at One World Film Festival one of the people who participated in ToldUntold said it was such a relief to finally talk about an incident at high school which he 35 years later still feels uncomfortable about.

But relief is not the only reason. Openness could help develop the society as a whole, thinks Jensen. “The Czech democracy is still in the making, and it is going in all kinds of directions. A democracy is never finished of course, but this one is less certain, because it does not have a deep-rooted basis. One of the important things in a democratic society is that there is a general trust in somebody’s word. And trust is what you totally loose during forty years of totalitarian regime, where no one trusts anyone. The way the president (Miloš Zeman, red.) for example behaves is extremely alarming. He can say something in public and when it is found out that it is not true, he can just go on. Somewhere else this would not be accepted. But here he can do that because nobody is expecting that he speaks the truth. Basically nobody ever really expects anyone to speak the truth."

You can listen to some of Jensen's audio documentaries here, together with stories that were made into animation and theatre.

All the documentaries of Jensen will be broadcasted by national Czech radio station Rozhlas in November 2016.

When you ask citizens of former communist countries about their past, you usually get a superficial answer. When you ask someone from the Czech Republic,… 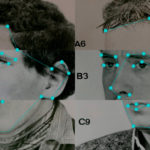 For fifteen years, Peter (76) worked for the Stasi at Checkpoint Charlie, the most famous border crossing of the Berlin Wall. During his time at…