Hungary, Poland, Czech Republic and Slovakia have been a member of the European Union for nearly fifteen years, but the economic gap with Western Europe has still not been bridged. Hundreds of thousands of Eastern European youngsters leave their countries each year to look for a better future in the West, and there is a lot of disappointment about the lack of progress since the fall of the Iron Curtain. Since the refugee crisis, Poland, Hungary, Czech Republic and Slovakia team up against 'Brussels'. Meanwhile, Western European countries have their concerns over the new 'strong leaders' with anti-democratic traits in the East. What are the biggest misunderstandings about one another?

In episode 1 of East/West we have a talk with Canadian historian Michael Ignatieff. He wrote numerous influential books, taught at Harvard, and was the leader of the Canadian liberal party for five years. He is married to a Hungarian woman and became the rector of the Central European University in Budapest in 2016. This university is sponsored by the Hungarian-American businessman and philanthropist George Soros, and has been heavily under attack of the Orbán government. The Hungarian Prime Minister is trying whatever it takes to close Ignatieffs university. 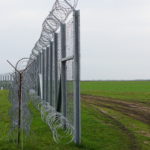 26 years ago, Hungary was the first country to break open the Iron Curtain: this event formed a prelude to the fall of the Wall… 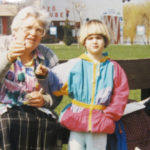 Although they have never lived even one day under the communist regime, still the twenty-something generation in Eastern Europe is influenced by the past.